The IRS Data Theft Problem… Here's how to minimize your risk

You're only as strong as your weakest link. The IRS has 52 Internet applications. Are all apps created equal? Don't take a chance. Protect yourself, especially small businesses against identity theft, fraudulent activity, and the legal ramifications. From The Lawton Constitution: What better place for online thieves to target than a database that contains 300 million+ Social Security numbers and a treasure trove of financial information? The IRS has 52 Internet applications to help U.S. citizens comply

Coincidentally, I gave an identity theft seminar and there was much interest on the mechanics of synthetic theft. It's tougher than the toughest ID theft cases because it's so difficult pinning it to one person. Here's a great article from MeriTalk.   Synthetic identity theft has become the fastest growing type of financial crime in America and is often unreported and difficult to detect, according to a new Federal Reserve white paper. Synthetic identity theft occurs when actors create new identities

PRESS RELEASE: LegalShield Provides Greater Access to Equal Justice and Paves the Way for the Future of Legal Services with New Products and Plans

-- Elevate by LegalShield conference hosted more than 120 leading attorneys from firms across the U.S. and Canada -- Nearly 75 percent of individuals who have looked to hire an attorney in the past year used online resources at some point in the process -- Seven new products, enhancements and legal plans announced Unlike its competitors who offer do-it-yourself (DIY) online legal services or a referral to a random lawyer, LegalShield offers the convenience of DIY technology with the assurance of a

Influencer allegedly rips off woman for $19K 'to get likes'

Social Media “Influencers” are all the rage these days. Folks who position themselves to help out your branding. But like all promises do your due diligence. From AOL: Social media influencer Christian Aaron allegedly stole a woman’s identity, using her credit card for a $19K designer shopping spree and a trip to Hawaii. Aaron, who has 184K Instagram followers and 43K YouTube subscribers, was indicted Friday in Suffolk County Supreme Court for stealing from a Long Island woman named Lisa Caldararo in

With all of the anti-theft devices on cars you would think cars are safe. Think again. A story coming out of San Diego shows how inventive thieves are becoming. SAN DIEGO (KGTV) - The biggest auto theft scheme in San Diego history has come to an end. District Attorney Summer Stephen announced Thursday that more than 100 vehicles were stolen though identity theft and fraud dating back to 2016. Investigators say the ringleader, 34-year-old Bryan Orr, created shell companies and used more than 20

It used to be confined to desktops and laptops. But now, more than ever, mobile gadgets are being targeted with viruses, trojans, malware, spyware, ransomware, and adware. Just about any type of "ware" cybercrooks can think of. Android gadgets, in particular, are more vulnerable to these kinds of attacks because users can set them up to install third-party apps directly from the internet and not vetted by the Google Play Store. Apple vs. Google - Is one safer than the other? This one's kind of a

Here's why there's no quick fix for robocalls

Good information from Kim Komando: Robocalls are a scourge. They waste everyone's time, come when you least expect them, and multiply in number if you make the mistake of picking up. Americans alone received over 26 billion robocalls in 2018, and there seems to be no sign of them slowing down. Technically, some robocalls are illegal in the U.S. under the Telephone Consumer Protection Act. However, methods used to dial calls make them difficult to screen or regulate.   Combine this with the fact that

I talk about this often, but not often enough. When is the last time you inspected your children’s credit report for identity fraud? A must read from brproud: BATON ROUGE, La (NBC LOCAL 33) (FOX 44) - Several signs can tip you off to the fact that someone is misusing your child’s personal information and committing fraud. Someone could be using your child’s identity right now and you may not even know it. Identity theft can happen to anyone and as adults, it’s easy to spot it. There are banks and theft

What identity theft services can do . . . and cannot do

Do you believe all the ads about protection services? Every day there's a new ad. There are a variety of ads on TV warning about the dangers of the “dark web” and urging you to sign up for identity theft services. Several show shadowy figures at computers in darkened rooms, presumably harvesting your personal information for their criminal use. Those ads are so effective that 36 percent of consumers who’ve seen them think that identity theft services can remove their info from the dark web—a part of

Protect Yourself From Medical Identity Theft

Did you know that with medical fraud and identity theft there is no protection or ceiling limit from financial responsibility? A must read from “mySA” Medical identity theft is an increasing concern for Americans. According to the Identity Theft Resource Center, 27.9% of 2018 data breaches as of mid-June are in the Medical/Healthcare category, exposing almost 3 million records – second only to business data breaches. Why is medical identity theft so desirable to thieves? Not only does it allow access

How to Clean Out & Organize Your Computer

From Techlicious, an article emphasizing basic computer maintenance. Not quite Spring yet, but better safe than sorry. You may even want to print out for reference. If you haven't been organizing and discarding files as you go, it's likely your hard drive is stuffed with downloads, unwanted photos, file copies and other digital dust bunnies. This can reveal itself in slower performance, that unsettling humming noise, and the Mac's dreaded spinning wheel or Windows' spinning circle. Deep cleaning your

The Two Biggest Tax Scams You Must be Aware Of

That time of year, Protect you and if needed, your business from identity theft. Good information: If scammers end up reaching out to you this tax season, it will likely be through one of these two avenues – phone calls or emails. Although this is quite broad, it’s important to know the following about each potential attack.Fake Phone Calls First, scammers will mask their caller ID so it reflects an IRS number. Next, they will falsify their names and titles, in an attempt to create some sort of legitimacy

Tax Season Is Upon Us

This upcoming week is Tax Identity Theft Awareness Week. A long title but so important. Have you protected yourself from identity theft? From KHON2: HONOLULU (KHON2) - Tax Day might still be a three-months away, but that doesn’t mean we’re not already in the thick of tax season. And even more, it’s never too early to take a look at how well protected you and your information is against fraud. In fact, January 28th – February 1st is Tax Identify Theft Awareness week. To go over a bit more about that,

ADA, Okla.--(BUSINESS WIRE)--IDShield, a leading North American provider of identity monitoring, theft protection and restoration technology and services for individuals and families, was recognized as a “Leader” in Javelin Strategy & Research’s 2018 Identity Protection Service Provider Scorecard in its Detection category. IDShield currently protects one million consumers. “Over the past year, we’ve seen a record number of data breaches that have the potential to devastate businesses and consumers alike. 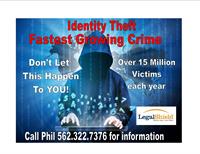 Happy New Year's and welcome to our first ransomware attack.From TechTalk: Ransomware Takes Down Connecticut School in 2019’s First Attack… On January 4, 2019, ransomware hit Bridgeport Public Schools in Connecticut, making it the first publicly known ransomware attack of the new year.  The exact ransomware variant is unknown, as is the ransom demand.  It’s also unclear if the school decided to pay the hacker’s demands, or if they are restoring their systems through alternative means.  Regardless of how

Let's make this a great year. Be aware for identity theft. Have all those documents reviewed. When's the last time you updated your Will? From the Aiken Standard: The start of a new year is the perfect time to resolve to protect your personal and financial information. BBB presents the following 10 New Year’s resolutions to fight scammers, prevent identity theft and save money in 2019. 1. Check your credit report You are entitled to a free credit report each year from each of the three main Credit

Tis' the season for tax scams: How you can protect yourself from identity theft

RICHMOND, Va. -- IRS and state officials say this time of year, they see a spike in calls about identity theft.  “Sometimes, they’re crying and I have to calm them down. They don’t know where to go,” Mary Sharpe said.  Scam victims call Sharpe at the Attorney General’s Office to report their cases. She provides them with resources. Most of the time, they’re frantic and have had trouble getting someone on the phone to talk to them about what happened.  “It’s nice to be that person and to talk to them,”

Do you download from third party sites? Is your cell protected from identity theft? Do you read the legal documentation before “Accepting”?

Android Hit with 40% More Malware in 2018 Than 2017 According to a recent analysis, mobile malware has increased approximately 40% in 2018.  The analysis showed over 3 million malware variants had been identified by the end of the third quarter of 2018.  The spike in samples is only supposed to continue, with projections putting the year-end total of malware variants near 4 million, about one million more than what was seen in 2017. With Android owning a vast majority of the mobile market share, it comes 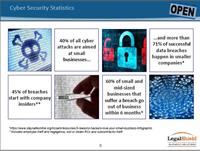 From The Virginian-Pilot: The holiday season can provide the greatest opportunity for sales growth but can also be a great opportunity for fraudsters to steal your consumers’ information or that of your business. Identity theft is the fraudulent acquisition and use of a person's private identifying information, usually for financial gain. These stolen identities are frequently used for fraudulently obtaining loans, accounts, credit cards or other expensive purchases. Businesses routinely gather Personal

From Kentwired.com Would you know if a hacker stole your personal information? While most people would like to believe so, it’s usually not the case, said Kambiz Ghazinour, an assistant professor in the Department of Computer Science.  “Mostly, we think that if our personal information is stolen, it’s going to be used as identity theft immediately against us,” Ghazinour said. “Unfortunately, most of the people’s information is stolen from have no clue.”  Identity theft has been on the rise in recent

Social Links
About
The City of Menifee is located in southwestern Riverside County approximately 30 miles southeast of the City of Riverside, California. The city encompasses approximately 50 square miles with an overall population of 90,000.
Contact Us